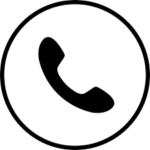 WE REQUIRE APPOINTMENTS FOR ANY CLOTHING OR ACCESSORIES! MAKE AN APPOINTMENT ONLINE OR CALL 845-621-7777 Dismiss

Scroll To Top
Have a child making communion this year 2020?

WE GOT YOU COVERED!

We have the largest selection of communion dresses and suits IN-STORE on the East Coast!

WE HIGHLY RECOMMEND MAKING AN APPOINTMENT